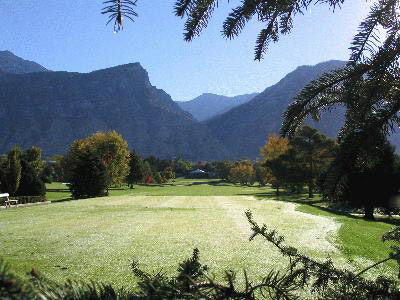 In the beginning, Riverside Country Club was known as Club Radar, and was located at 510 South Springville Road.  The Club in the early years was a social organization featuring excellent food and beverage service with pleasant surroundings.  The Club Radar dates back to 1945.

In 1955, charter members of Club Radar, voted to pursue expansion of current facilities or relocation of the Club to a site where a golf course could be built.  Committees were formed, plans were made, and after a lengthy search the current property was acquired for an average cost of $900.00 per acre.

William F. Bell, golf course architect, was enlisted by the Club to design the golf course.  William Bell had designed several golf courses around the west.

At the Annual meeting in 1959, the name Riverside Country Club, was officially adopted and in 1960, Riverside Country Club was an official entity with 34 Equity Members and 16 Social Members.  The Grand opening of the Clubhouse was May 11, 1960 and the swimming pool opened on July 15th of that same year.